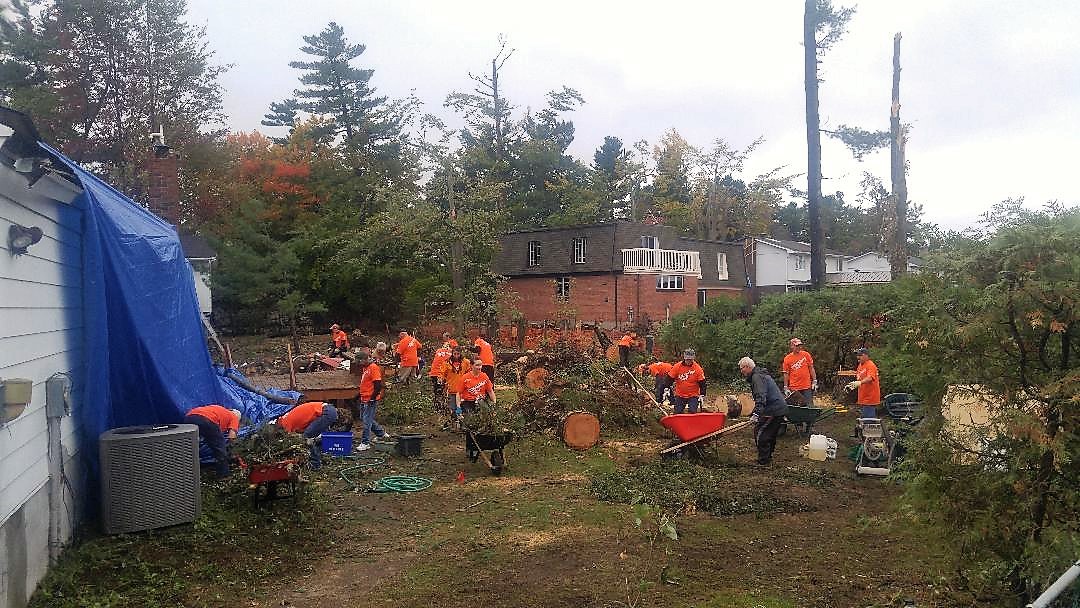 Sunday afternoon on September 25th I received a text from Samaritan’s Purse asking if I would be able to volunteer to help lead a team to clean up after 6 tornadoes hit in the Ottawa area. After discussing it with Deanna I replied that I would be able to go for a couple weeks but would need to be back for the Thanksgiving weekend since I haven’t been home for one since 2016. (That’s Canadian Thanksgiving… for all you Americans out there wondering)

At 10:30 the next morning I received a text asking if I could leave right away… By noon we were on our way to the airport and I landed in Ottawa that evening.

This has been my first domestic disaster response so I didn’t really know what to expect. There wasn’t even much time to stop and take it all in… we have been going non-stop from 6:30am to very late in the evenings when we finish our reporting.

I have been tasked with leading the response crews in the Arlington Woods (Nepean) area. It has been an amazing experience that I have learned so much in. We have partnered with the City of Ottawa and have been coordinating side by side with their Disaster Response teams which has gone very well.

SP has mainly been tasked with handling residential homes while the City is handling the public spaces such as parks and schools. I have been amazed at the community response, we have had consistently high numbers of volunteers out each day to help with the cleanup.

One of the most amazing experiences is when we finish a job and get to present a bible to the homeowner that has been signed by all of the volunteers working on that site. It is a very special moment that impacts everyone involved!

Please be in prayer for all of the people that have been displaced during this traumatic event in their lives and for the continued safety of all the volunteers as they clean up the dangerous sites.